What happened to me and how in the world did I end up here? This is... Never Was. Hosted by Mark Salomon. 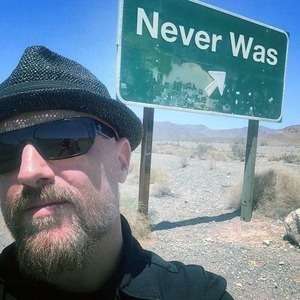 Greetings! This week Never Was returns with a jump into the way, way back machine: a two part episode offering a different perspective on everything from the early 90's and the Crucified to Gene Eugene and the Cornerstone Festival, former front man for hip hop group Freedom of Soul turned beat-maker/producer, René "Peace586" Vasquez, joins the show! Enjoy! René has a Facebook somewhere, but if you'd really like to reach out to him, he can be reached for raw, real, bare-knuckle truth telling sessions at http://twitter.com/therealpeace586